Based at Shanghai China Eastern Air Holding Company (CEAH) is one of China’s top three air transport groups. As a member of Skyteam Alliance, one of the biggest in the world, an inflight advertising campaign with the magazine Connections allows you to have a strong positionto be efficient. 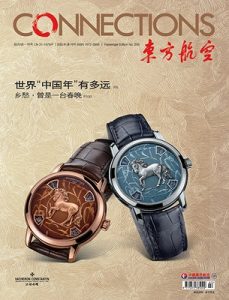 Launched in 1988, it has already published more than 290 issues. With an intensive flight network, Connections is a frequent winner of in-flight magazine design and editorial awards. It is the in-flight magazine having won the largest number of awards in China. In January 2013, it was named “2012 Excellent Journal in East China”.